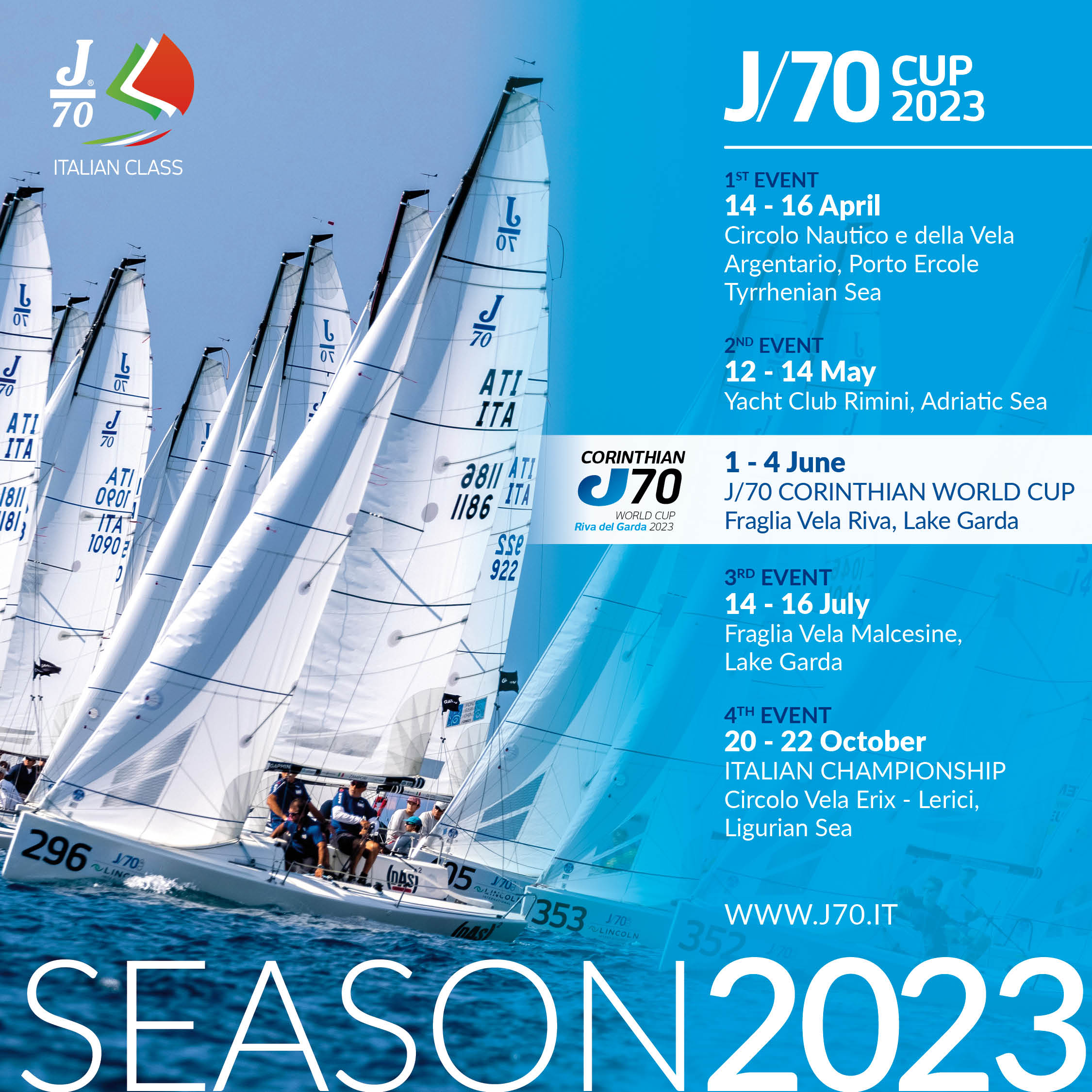 Milan – Following the publication of the racing calendars of the main monotype classes operating internationally, an overlap between the RS21 World Championship in Puntaldia and the Italian J/70 Championship in Lerici, both events scheduled on days between September 28 and October 1, 2023, has become apparent.

Acting in respect of the sailing movement, and putting the interests of owners and sailors before those of the Class, the management of J/70 Italian Class, led by President Federico Siragna, has chosen to move its event, valid as the last leg of the J/70 Cup 2023 and as the Italian Championship, by a couple of weeks, placing it between October 20 and 22, 2023. The venue of the event remains confirmed, scheduled to be held in Lerici where Circolo Vela Erix will take care of the organization.

“As soon as we noticed the overlap between the two events, we realized that a solution had to be found: regardless of which Class they belong to, it is our firm belief that owners and sailors should be put in a position, whenever possible, where they do not have to make decisions that will or will not involve their participation in a competitive event. Acting in accordance with this philosophy, and in full responsibility, we have decided to move the Italian J/70 Championship in order to be able to guarantee everyone a full and competitive close of the season. In order to avoid the occurrence of new problems of this kind, for the future I hope for a preventive collaboration between the main realities operating in the field of competitive sailing,” said Federico Siragna, president of the J/70 Italian Class.

“Thanks to the synergy between two universes that, only on paper, seem to be in competition with each other, we managed to solve a rather thorny problem, allowing owners and sailors to make both events participatory and unique: I thank President Federico Siragna for the understanding and foresight shown in wanting to reach a solution useful to all, taking into account the complexity that would have emerged to change an international date. Certainly the episode makes us even more aware of how great is the responsibility of our realities and how important is the proactive collaboration of all the competitive classes that contribute to the widespread diffusion of our sport,” said Davide Casetti, president of the RS21 Italian Class.