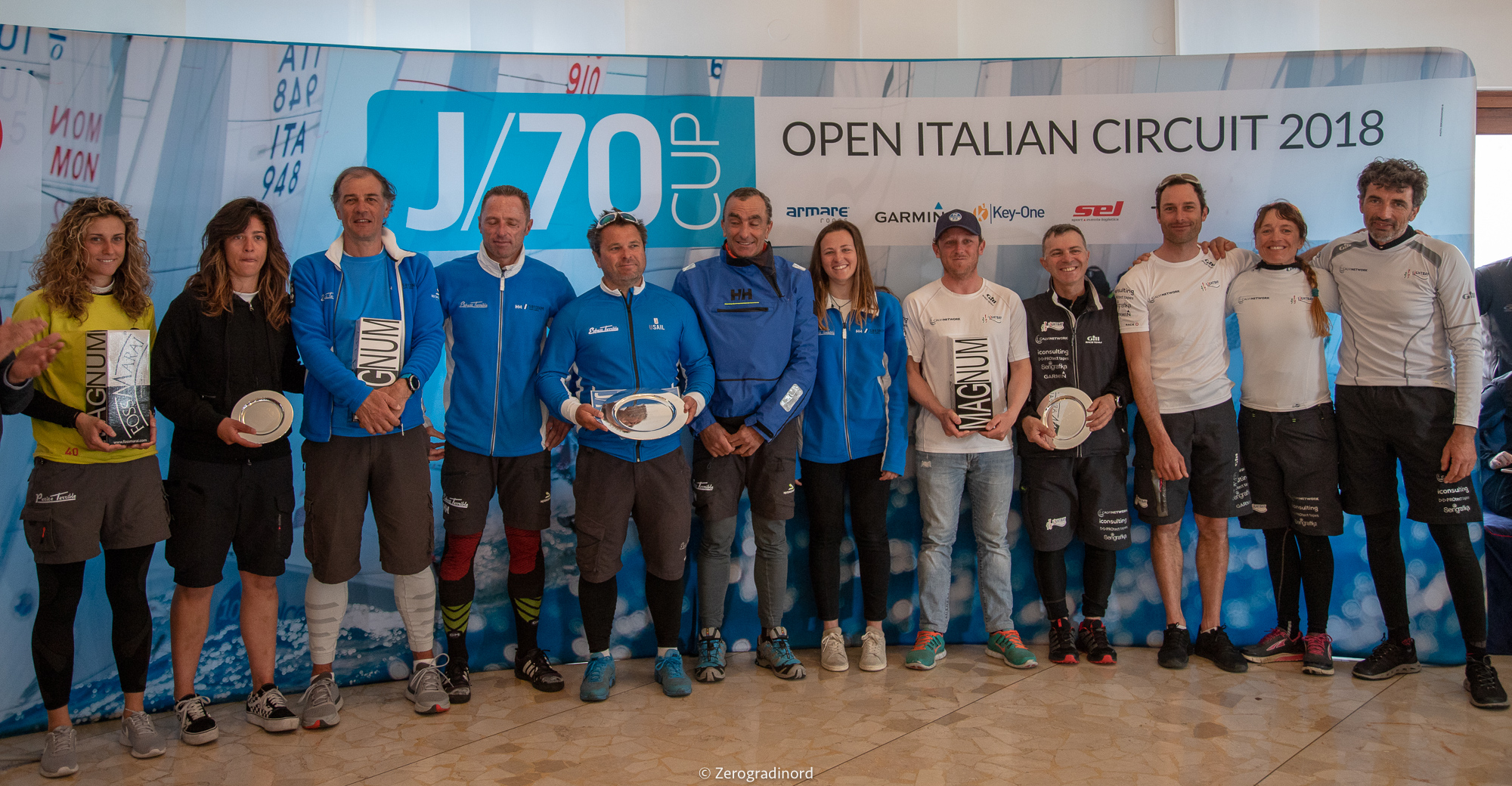 Sanremo – The inaugural act of J/70 Cup 2018 comes to an end with a no race day: the too severe weather conditions, with gusts from Easterly Levante over 35 knots, therefore higher than the Class limit, have led the Race Committee to cancel the regattas of Sunday, communicating it to all the crews in a briefing hosted in the Piazzetta of the Yacht Club Sanremo at 10.00 and immediately followed by the prize giving ceremony.

There is then no change in the overall ranking from the results of yesterday, with Enfant Terrible (2-4-1-1-3 the scores of the series, with the worst result to be discarded) of Alberto Rossi and Branko Brcin at tactics that earn, in addition to the Garmin Trophy awarded yesterday, also the first act of the Italian circuit J/70 Cup, moving an important step towards the qualifications for the J/70 Worlds of Marblehead.

Behind Enfant Terrible, with just one point of margin, Calvi Network (1-2-3-2-BFD) in his new clothes with Gianfranco Noè at the helm and Karlo Hmeljak at the tactical choices. Third place for Petite Terrible (9-29-2-3-1), with Claudia Rossi and Michele Paoletti who, in the second day of racing, had been able to lead the crew in an impeccable recovery from the fourteenth to the third position.

“It’s always a pleasure to host the great J/70 fleet in our Yacht Club: with these five races at the beginning of the season, we hope to have satisfied a little your hunger for sailing after the winter break. Wishing you good winds for the rest of the season, I hope to welcome you back to Sanremo in 2019 – commented Beppe Zaoli, President of the Yacht Club Sanremo, during the prize giving ceremony.

After the event of Sanremo, crews will head towards Porto Ercole, where Circolo Nautico e Della Vela Argentario will host the second event of the J/70 Cup, last chance to compete with the fleet before the European Championship of Vigo and the Italian Championship of Malcesine.