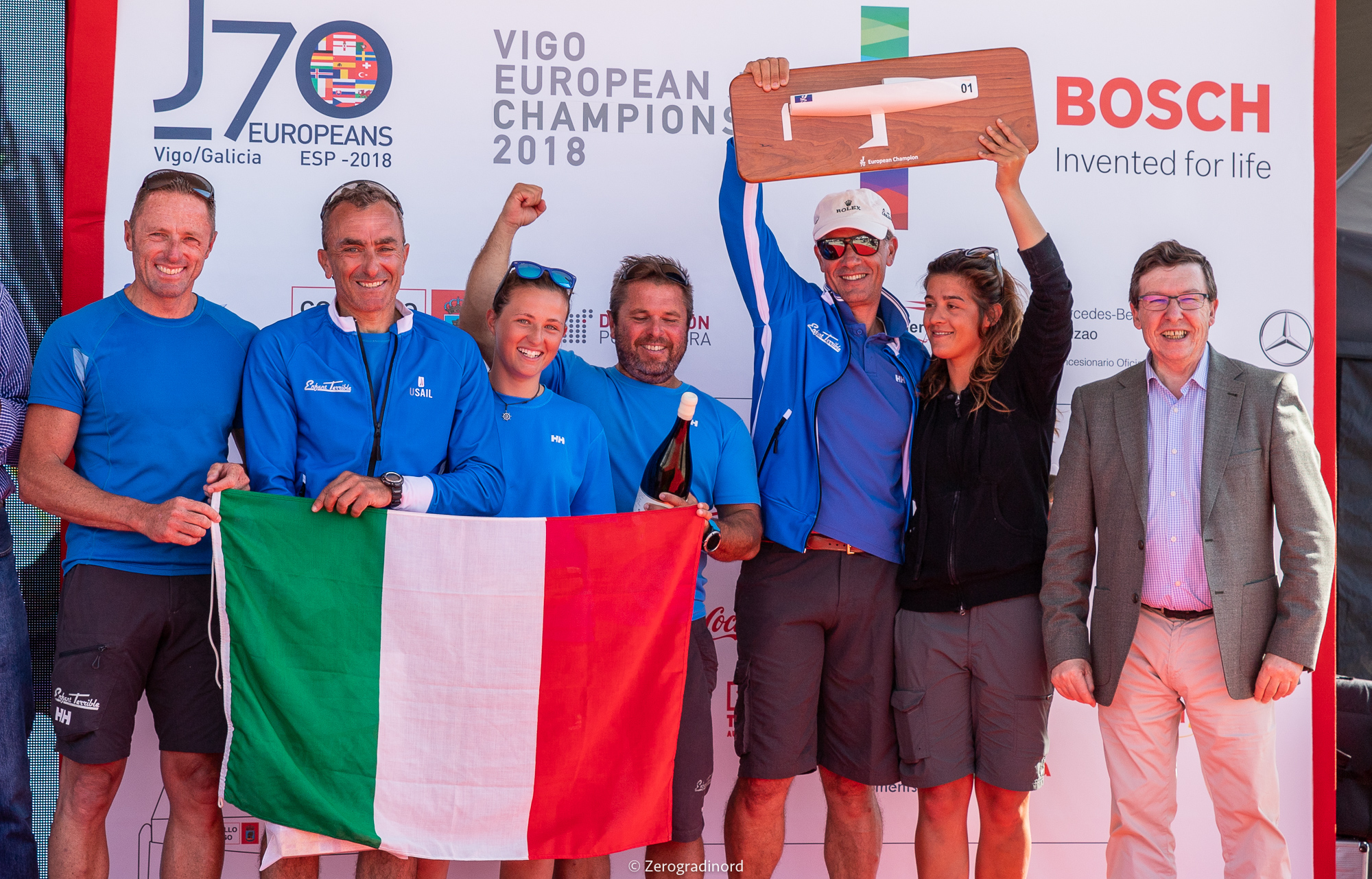 Vigo (ESP) Saturday 16 June, 2108. The 2018 J/70 European Championship was decided in the final downwind leg of the 13 race series. Tied on points going into the last race, Alberto Rossi’s “Enfant Terrible” (ITA) won the last race just ahead of reigning J/70 World Champion, Peter Duncan’s “Relative Obscurity” (USA). Enfant Terrible won the open championship by a single point, coming back from a disqualification in Race 8. Claudia Rossi, Alberto’s daughter has won the trophy for the last two years, and the Rossi family are delighted that the trophy will be going back to their home town of Ancona, Italy.

“The team has been fantastic, in the last race we had to take a big risk, and it paid off, we are so happy to win in our home Vigo!” Luis Bugallo