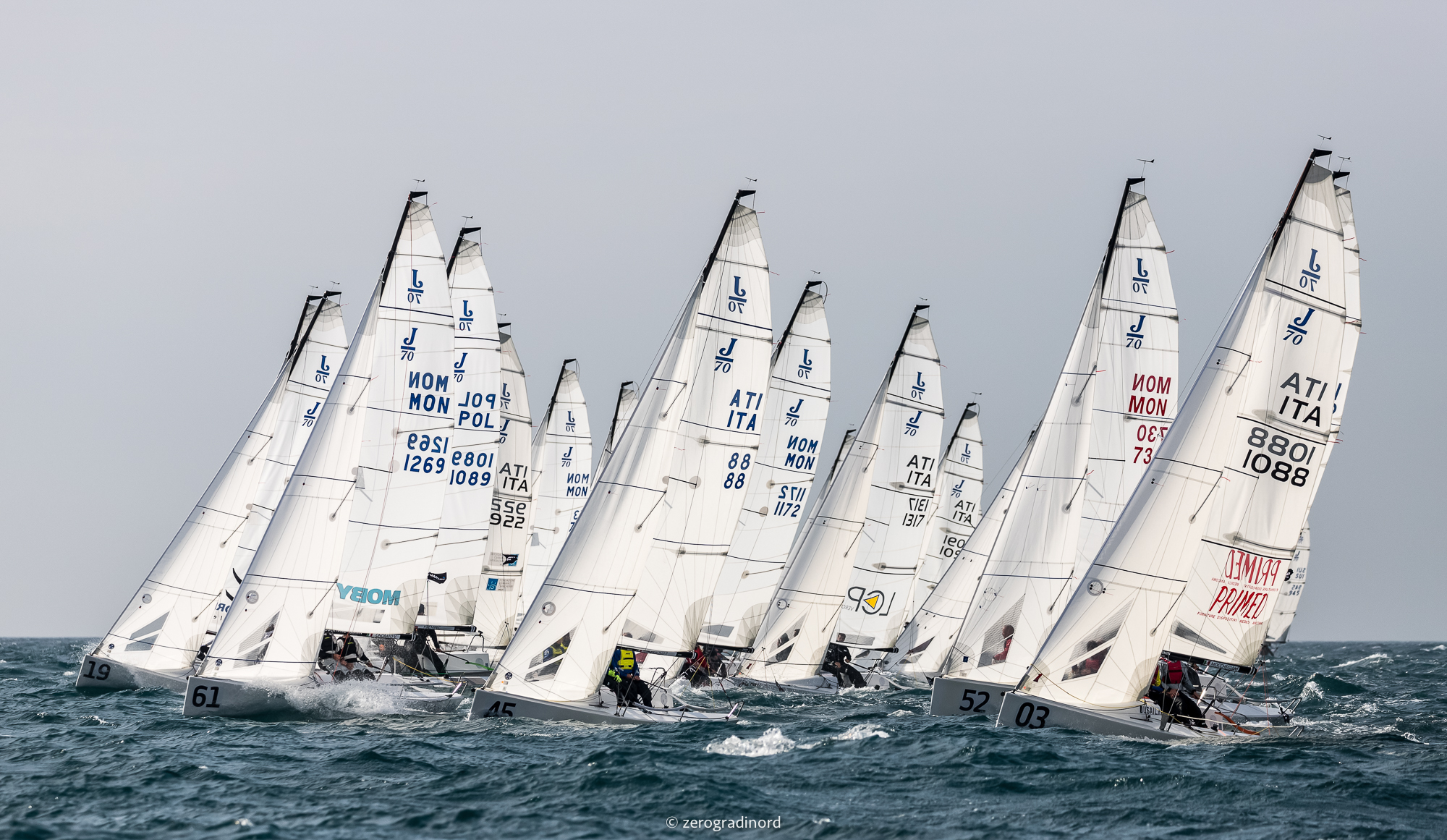 Porto Ercole, May 9th 2018 – The second act of the J/70 Cup is about to take place in Porto Ercole and for J/70 Italian Class comes another important confirmation: after the record numbers of the events of 2017 and the excellent start of season in Sanremo, with over sixty boats in the water, in Porto Ercole there will be fifty-one crews competing to move further steps towards the victory of the J/70 Cup title: this demonstrates the fact that J/70 continues to be one the most active and dynamic monotypes on the national and international sailing scenario.

In the three days of racing hosted by Club Nautico e della Vela Argentario, the crews will compete on a maximum of eight races and the discard of the worst result will take over the fifth race of the series. The best crew on Saturday will also be awarded the Garmin Cup and the “Timone Azzurro”, the challenger trophy that will be put back into play in the next Garmin Cup, scheduled during the Italian Championship in Malcesine.

Among the fifty-one crews racing, there will be all the winners of Sanremo event, both in the overall ranking and in the Corinthian division reserved to non-professionals. Alberto Rossi will be racing with his Enfant Terrible, assisted in the tactical choices by Branko Brcin, Calvi Network with the tandem Noè-Desiderato, Petite Terrible by Claudia Rossi with Michele Paoletti in tactics.

Among the Corinthians, Paolo Tomsic will try to defend the gold won in Sanremo aboard his Femme Terrible, even if he will have to look back at Noberasco Das by Alessandro Zampori, who already won the Silver fleet in the Audi J/70 World Championship and that had slipped to fourth position in Sanremo due to the forced withdrawal from two races.

Directly from the 52 Super Series, Peter Harrison chose the organization of J/70 Italian Class to test himself with J/70 , aboard Sorcha J. Vincenzo Onorato will also be there with Mascalzone Latino, as well as Giangiacomo Serena di Lapigio with G-Spottino, Mauro Roversi with J-Curve and the World bronze Luca Domenici aboard Notaro Team.

The event of Porto Ercole, with crews coming from nine European Countries, promises to be the ideal theater to measure one last time with the fleet before the European Championship of Vigo, scheduled from June 12th to 16th.

Moreover, the first two crews of the general ranking list and the first of the Corinthians will earn the right to enter the Marblehead 2018 World Championship, with a limited number of entries and to which will be admitted only the best crews of each Country.

The next event organized by J/70 Italian Class will be the third act of the J/70 Cup in Malcesine, hosted by Fraglia Vela Malcesine and also valid as first Italian J/70 Championship, from 12 to 15 July 2018.