HomeNews White Hawk takes it all in J/70 Cup Rimini

White Hawk takes it all in J/70 Cup Rimini 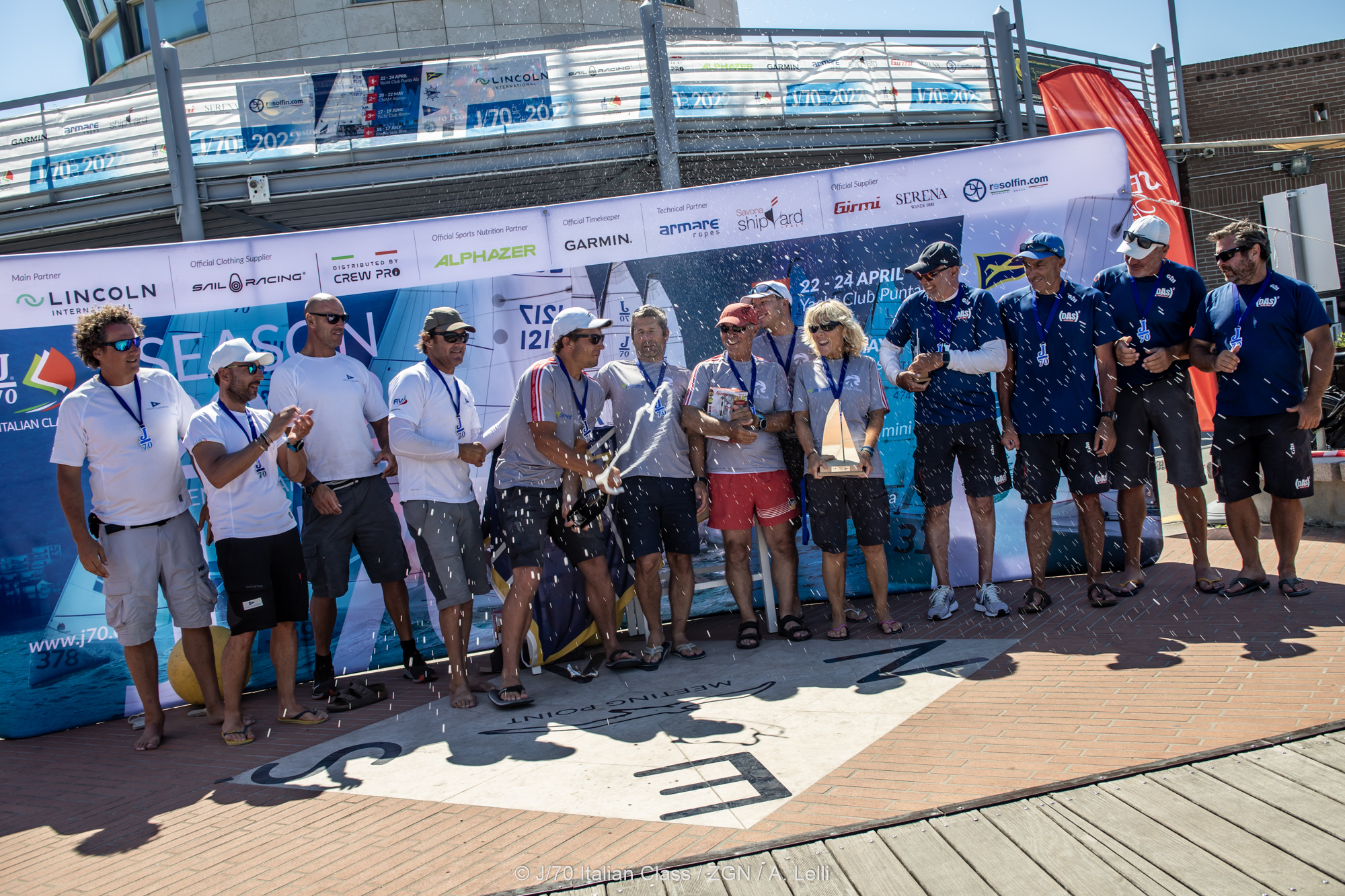 Rimini, 18 June 2022 – What had presented itself as a weekend stingy in the wind, made the over one hundred and thirty sailors who arrived in Rimini change their minds to participate in the third stage of the J / 70 Cup, an Italian circuit but with an international spirit, organized by J / 70 Italian Class. And in fact, the weekend of Romagna regattas ends with a complete series of eight races, the maximum required by the regulation, held in conditions that varied from the very light breeze to the steady and decisive wind at 15 knots of intensity.

With such different conditions, in a fleet that once again proved to be extremely competitive but also homogeneous, the fundamental ingredient to determine the balance of the ranking was consistency: and so, with partials always within the top ten and a twelfth place rejected as the worst result of the series, to conquer the first step of the podium is White Hawk by Gianfranco Noè. A full Corinthian crew, the one led by the Triestino owner, who with the consistency of the placings managed to climb the rankings up to the first step of the podium, where he leaves behind the “home” crew of the Yacht Club Rimini led by Francesco Farneti and DAS Sailing Team of Alessandro Zampori, author of the last victory of the Romagna series.

“We had won several regattas in the past in the Corinthian division, which is what truly represents us, as we are a group of friends who go boating together to share the passion for sailing: however, winning the first overall regatta is a great thrill. During the winter we trained for a long time and the preparation probably made the difference in this regatta with varied conditions “commented Gianfranco Noè on the sidelines of the regattas.

The Corinthian podium therefore sees the aforementioned White Hawk win the gold medal, followed by Aniene Young by Luca Tubaro and Why Not #CAIM by Elisabetta Saccheggiani.

During the awards ceremony, the Garmin Trophy was awarded, as usual, for the best boat on Saturday, and the Alphazer EnergyStart Trophy, for those who reach the windward mark among the leading positions in the fleet with more frequency. . The Garmin Cup winner was Tommaso De Bellis Vitti’s Five For Fighting, awarded with a brand new Garmin Quatix 7, while Francesco Farneti’s Alphazer EnergyStart Trophy went to the Yacht Club Rimini of Francesco Farneti.

The prize of the Italian Sailing League, assigned to the best crew with more than 50% of members registered at the same sailing club, went to the Italian Yacht Club, which thus won the free registration to the Italian J / 70 Championship in Riva del Garda. and the Wild Card for the LIV final in October in Rimini.

Leaving the Marina di Rimini, preparations are already underway for the grand finale of the season organized by J / 70 Italian Class: the fourth stage of the circuit will be held in Riva del Garda, from 15 to 17 July, also valid as an absolute Italian Championship. . There is already turmoil in the air, for what promises to be the most “crowded” of the events of this season, with over 50 boats currently registered and still one month to outline the definitive entry list.