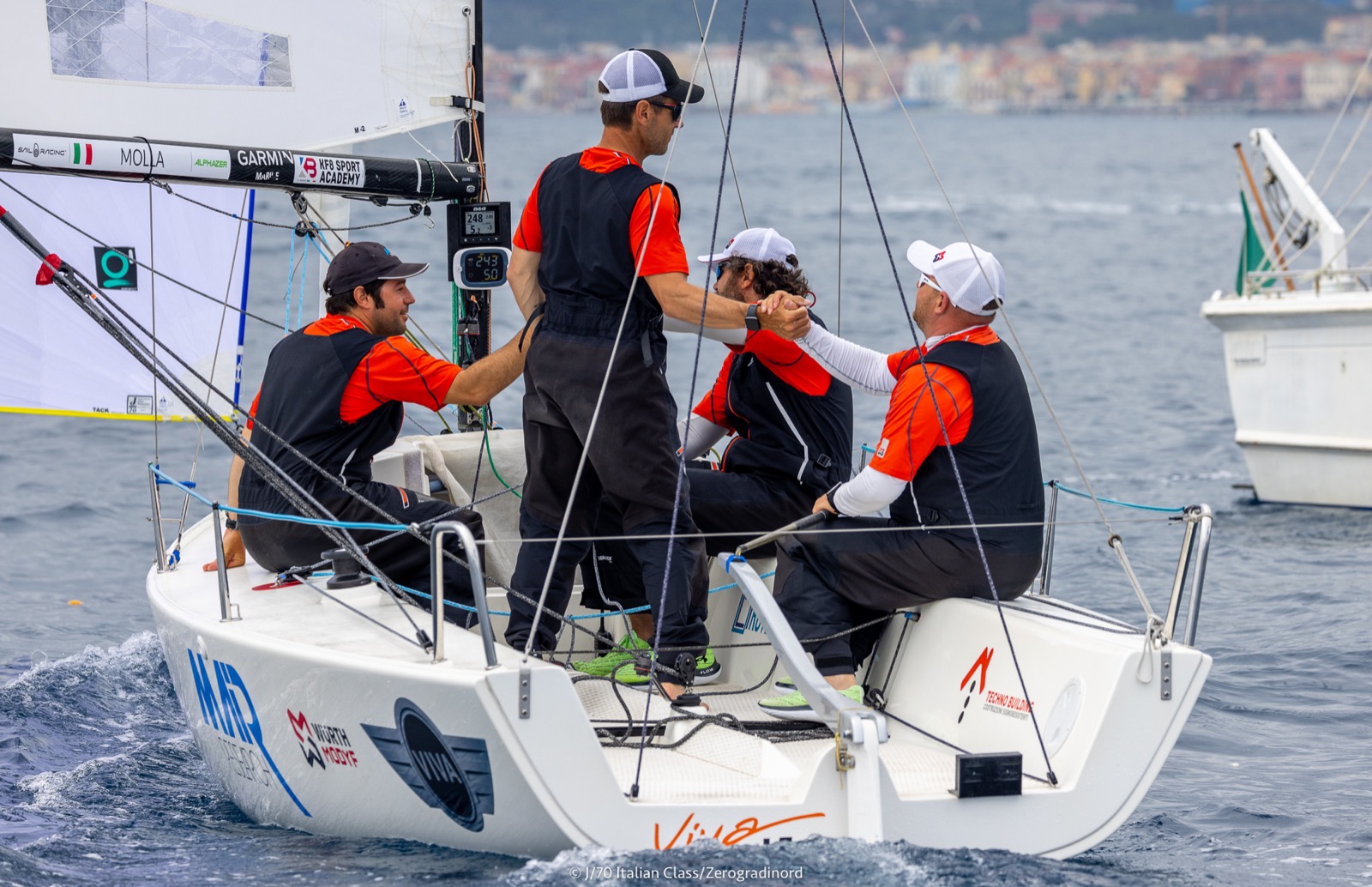 Alassio, 21 May 2022 – It was during Day 2 that the second leg of the J/70 Cup 2022 completed the first races of the series: after yesterday’s no race due to the lack of wind, over forty crews from all over Europe started the day early in the morning, with scheduled warning signal at 10:00.

A choice, that of the Race Committee, made to make the most of the forecasts of a light breeze and gradually decreasing during the day. The hope was partially satisfied as, on the Alassino race course, there were two tests put on file by the fleet.

The crew of Alessandro Molla who, in the seventh season at the helm of Viva, exalted themselves in the light breezes of this Ligurian day, and proved to possess speed and tactical vision by dominating both today’s tests. Assisting him in the cockpit, Niccolò Bianchi on the tactical choices, Carlo Fracassoli on the mainsail and Francesco Gabbi on the sheets. Thanks to today’s results, Viva wins the Garmin Cup, assigned to the best crew on Saturday.

Alessandro Molla, on the sidelines of the regattas, commented: “Great satisfaction for these two beautiful regattas, albeit with a light breeze. From the start, to the speed of the boat, everything turned in the right direction and we carry on, we hope to be able to continue

Second place in the standings for Ludovico Fassitelli on Junda, with Stefano Cherin making tactical choices (4-2 today’s split times), while the third step of the provisional podium is for G-Spot di Giangiacomo Serena di Lapigio (2-6)

Racing will resume tomorrow at 10.00, once again in expected light breeze conditions. Upon completion of the fifth round of the series, the crews will be able to count on the discard of the worst result.