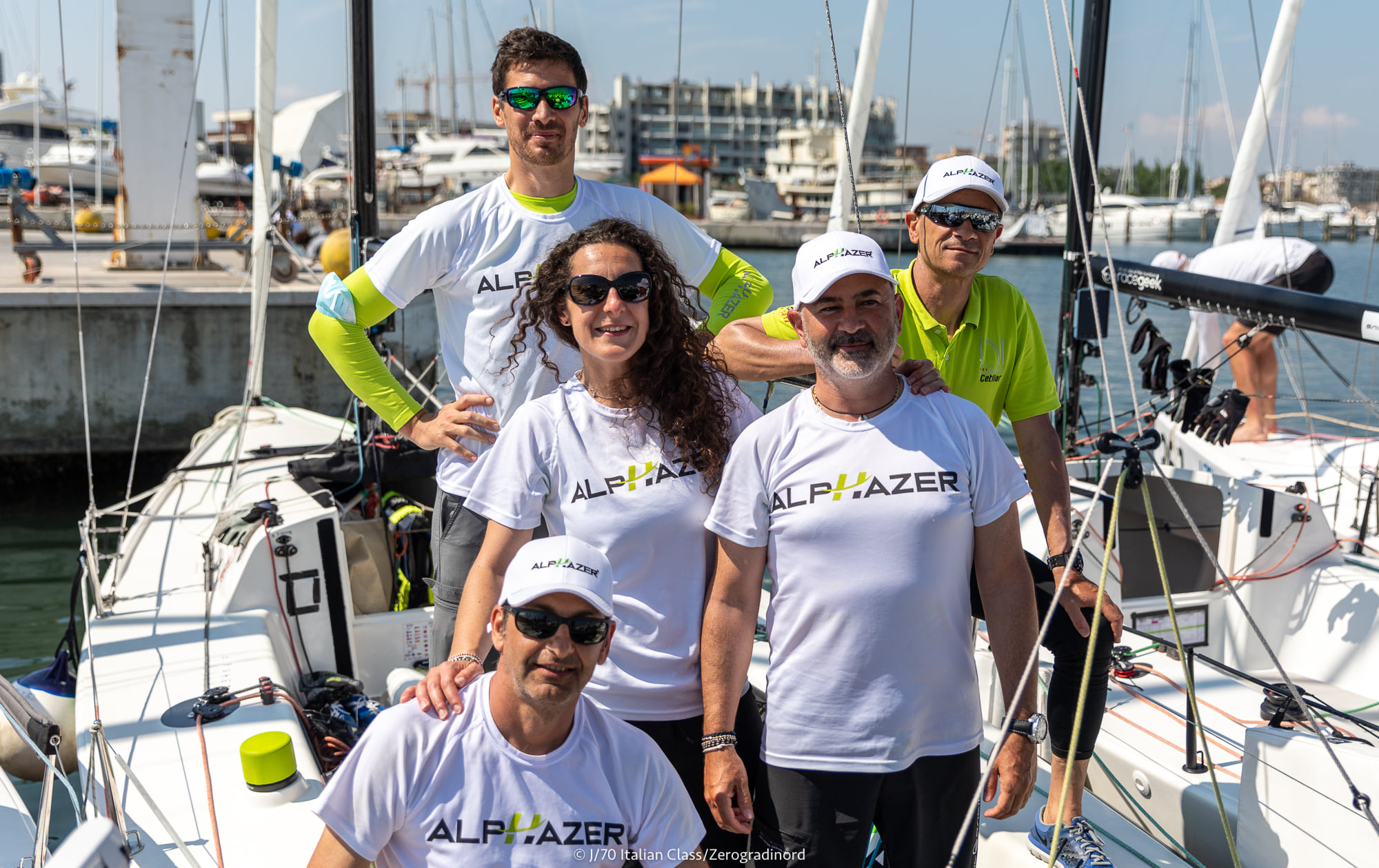 Punta Ala – “The mandate received by the Classe assembly honors me particularly: thanks to the work done by those who preceded me, the J / 70 Italian Class has always been one of the most numerous internationally and being its president is a decidedly stimulating challenge. Two weeks before the start of the season we are grounding some ideas developed during the winter and, in this 2022 that will really be recovering, we expect to confirm ourselves as a reference point for all fans of this successful monotype “explains Federico Siragna, owner of PP-Alphazer who, just over a month ago, was elected president of the J/70 Italian Class.

He succeeds Mauro Roversi, owner of the overall winner of the J/70 Cup J-Curve, whose mandate, which began in 2019, ended last February. With Siragna, Massimo Rama (Jeniale-Eurosyetem) and Paolo Acinapura (Acina Sailing Team) joined the board, taking over from Vittorio Di Mauro (Plan B), former president before Roversi, and Federico Leproux (Alice).

“Given the numbers, the activity of the J/70 in Italy practically never stops: at present there are at least four active fleets and during the winter period no weekend goes by without somewhere there was a joint training, or however some team intent on pulling edges. One of the objectives is to be able to optimize these activities, proposing and planning a series of joint activities, such as clinics, useful for increasing the average level of competitors, keeping attention on the Class also in the periods of greatest drainage and cement the relationships between the various souls that compose it – continues Siragna who, with regard to the 2022 programs, adds – The quality of the work carried out in the past years and the appeal we enjoy has allowed us to renew our partnership with companies such as Lincoln International, which will again be on the fleet’s mascons, and with Garmin, which this year will also celebrate the overall winner of the Garmin Cup, the special ranking based only on Saturday’s results“.

For the most particular and interesting news of the season, the Alphazer Trophy EnergyStart should be mentioned, a trophy destined to reward the best pre-start performer: “I am thrilled that the synergy with Alphazer, one of the leaders in the production of food supplements , has found an interesting new identity: by awarding points to the five teams that will first round the first windward mark of each race, the Alphazer Trophy EnergyStart will return a classification, stage and overall, which will identify the top starter of the fleet. in the regatta that will further animate the comparison between the buoys“.

“Looking further ahead, we are working on a collaboration with the Venice Film Festival: the aim is to organize, at the same time as the film review, a match race event that sees at the helm of our J/70s, whose crews they will be made up of associates, the best interpreters of the specialty. Another priority focus concerns the European 2024 which, assigned to Punta Ala after a really tough selection procedure, will return to Italy after six years: there is a lot of expectation, given that the main events organized in our parts they are still in the imagination of those who took part in it“concludes Federico Siragna.

We recall that the J/70 Cup 2022 will start from Punta Ala (April 22-24), where last year Claudia Rossi and Petite Terrible-Adria Ferries won the Italian Championship while Mauro Roversi’s J-Curve made the circuit his own, and then moved towards Alassio (20-22 May), Rimini (17-19 June) and Riva del Garda (15-17 July).