L’elagain makes a good start at the Eurocup J/70 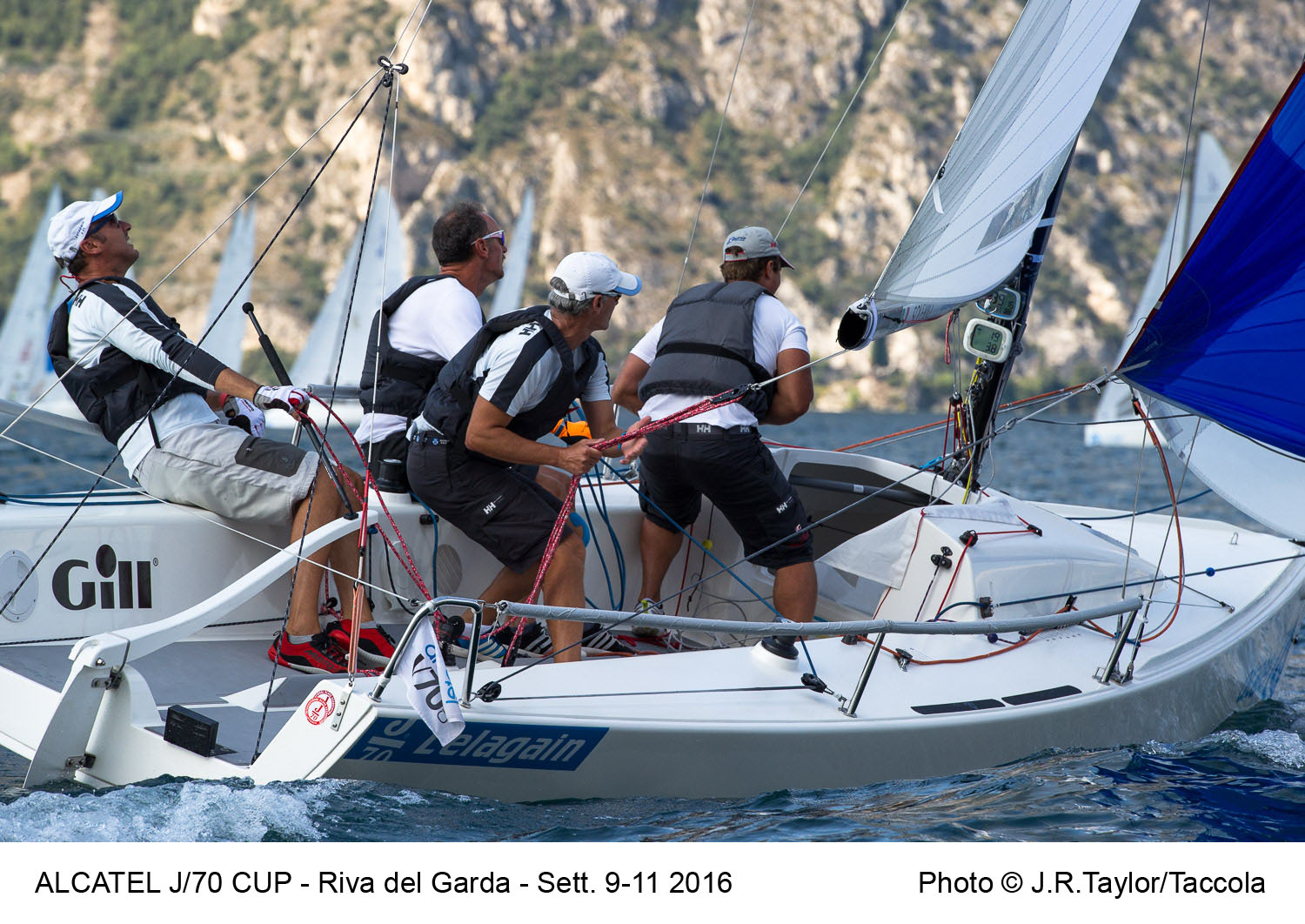 Franco Solerio on L’elagain holds the lead in the Eurocup at Riva del Garda, the final stop on the ALCATEL J/70 CUP

Riva del Garda, Sept. 9 – The first day of the final round of the ALCATEL J70 CUP, organised by Fraglia Vela Riva for the fourth year running,  got off to a good start. Three races were completed with wind blowing from 180° at 10-15 knots and gusts up to 16 knots. The fleet is highly skilled and numerous with 37 boats in competition and has a decidedly international feel with 9 nations taking part including Brasil, Russia, Monaco, Germany, Switzerland, Poland, Spain, Malta and, of course, Italy. A great start for this event which this year has seen an increase in the big names in international sailing on board in a tactical role with professionals of the calibre such as Paul Cayard, Francesco De Angelis, Pietro D’Ali, Michele Paoletti and Gabrio Zandonà.  Thanks to the good wind of the first day the event has got off to a nice start with a head to head between Franco Solerio (Daniele Cassinari as tactician) on L’Elegain and Carlo Alberini on Calvi Network calling tactics. Solerio came out better with two bullets and a fifth place which gives him an 11 points lead over Calvi Network (4-6-8). The Spanish team of José Marìa Torcida on Noticia lies in third place, but  on equal points with the reigning European champion Claudia Rossi on Petite Terrible (Michele Paoletti as tactician). Saturday is set for another exciting day of racing as the contenders fight it out for a place on the podium.