HomeNews Still one month to Punta Ala, first event of the J/70 Cup 2022 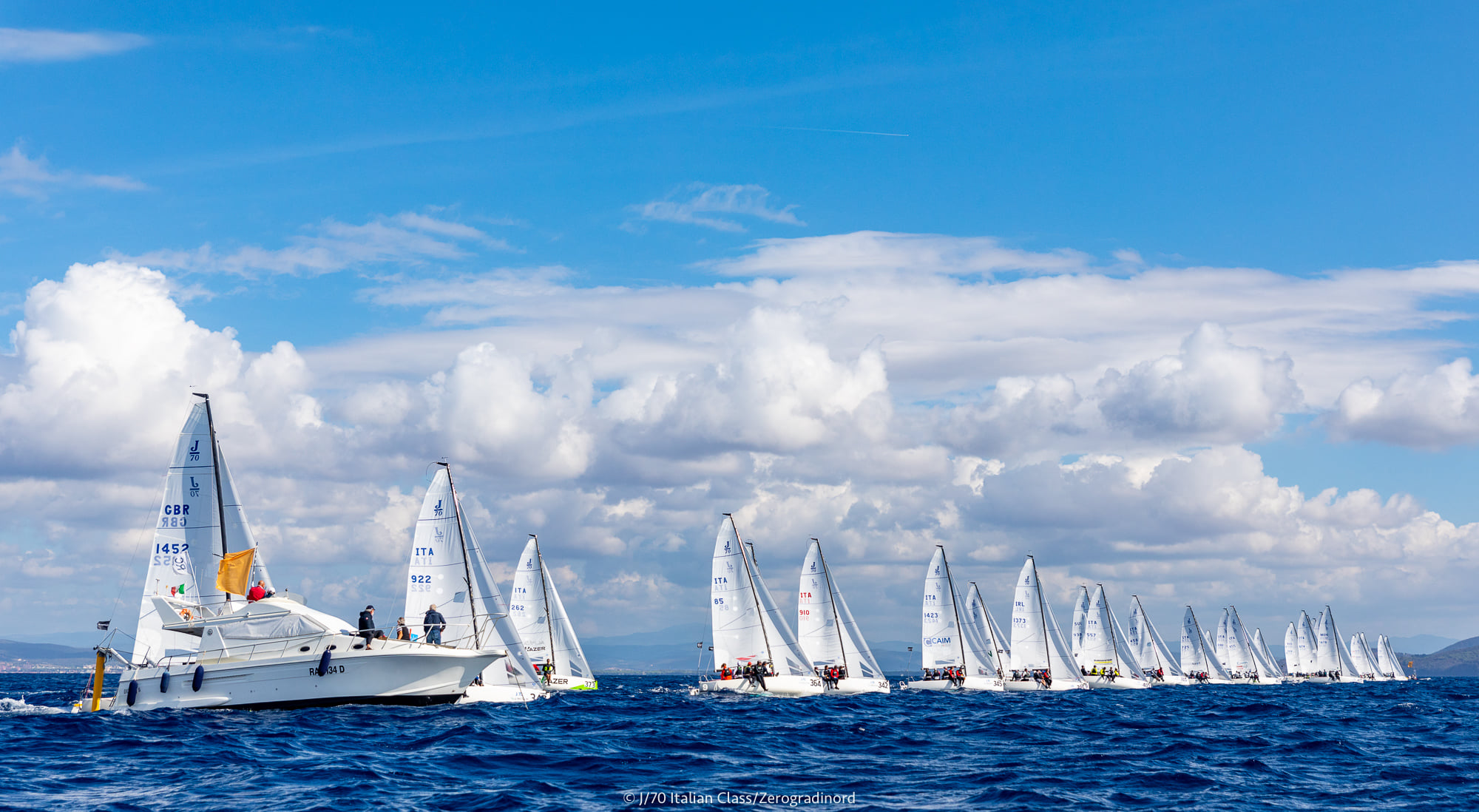 Punta Ala – Exactly one month to the first official J/70 Cup 2022: preparations are underway for a great European season in what, without a doubt, is globally the most active one design class. Activities that concern every single level, starting from the purely organizational one, with the publication of the Notice of Race and registrations, up to those that affect the individual teams, intent on continuing the preparation between inland waters and open seas.

Meanwhile, over the past few weeks, J/70 Italian Class has chosen the new management: Federico Siragna (PP Alphazer), elected president, will replace Mauro Roversi (J-Curve), who has come to the end of his mandate, while Massimo Rama (Jeniale-Eurosyetem) and Paolo Acinapura (Acina Sailing Team) took over from Vittorio Di Mauro (Plan B) and Federico Leproux (Alice) on the board of the Class.

Federico Siragna’s first official statement was in favor of the outgoing Council, greeted also on a social media level by an important number of fans: “Mauro Roversi, Vittorio Di Mauro and Federico Leproux have shown that passion and dedication make the difference: they managed the Class in the difficult years of the pandemic and under their leadership we were able to race safely and having fun: I think that just for this they deserve applause. As for the election of the new Council, I accepted the position of president with pleasure and sense of responsibility. The J/70 Class has always enjoyed important numbers: it goes without saying that making them grow is our goal, but even more so it is to effectively ground a series of innovative ideas that have emerged during the winter. Among these, also the Alphazer Trophy EnergyStart which, both during each stage and at the seasonal level, will award the best interpreter of the delicate starting phases and will go to join the Garmin Cup as a satellite prize“.

Waiting to find out the details of the season as they are defined, we remind you that the J/70 Cup 2022 will be divided into a total of four events: the debut leg scheduled in Punta Ala (April 22-24), where last year Claudia Rossi and Petite Terrible-Adria Ferries won the Italian Championship while Mauro Roversi’s J-Curve won the circuit, J/70 Italian Class decide to head toward Alassio (20-22 May), where the fleet will be on stage for the first time, then Rimini (17-19 June) and Riva del Garda (15-17 July).