WE LOVE BEING INTERNATIONAL! SPECIAL PRIZES FOR FOREIGN CREWS 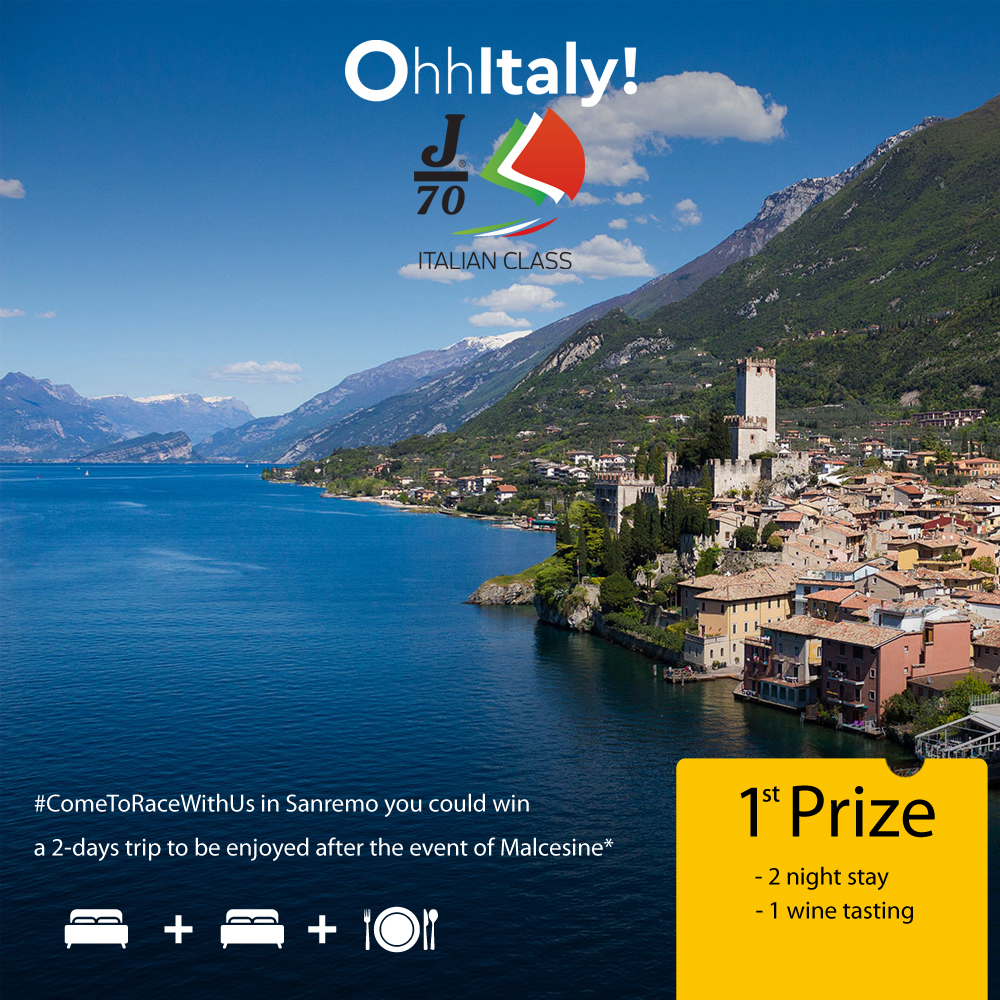 Milan – Fifteen days left until the event of Sanremo, first act of the ALCATEL J/70 CUP, and 53 boats from 13 different countries in the World have already signed in.

J/70 Italian Class, thanks to the cooperation with the travel partner Ohh Italy!, will offer, in each event of the season, a special prize for the first classified foreign crew in the final ranking.

Prizes will consist on one or two-nights stay and some extra activities (wine tasting, guided tours…) in locations and periods close to the site and dates of the following event of the season. (i.e.: in Sanremo, the first classified foreign crew will win a two nights and a wine tasting in Lazise, close to Malcesine, to be enjoyed in dates close to the event of Malcesine itself).

Further than this, in each event many other prizes will be assigned to the crews: smartphones and tablets powered by Alcatel, Fitbit, Gill.